Thank you for choosing to donate to Mali Most. 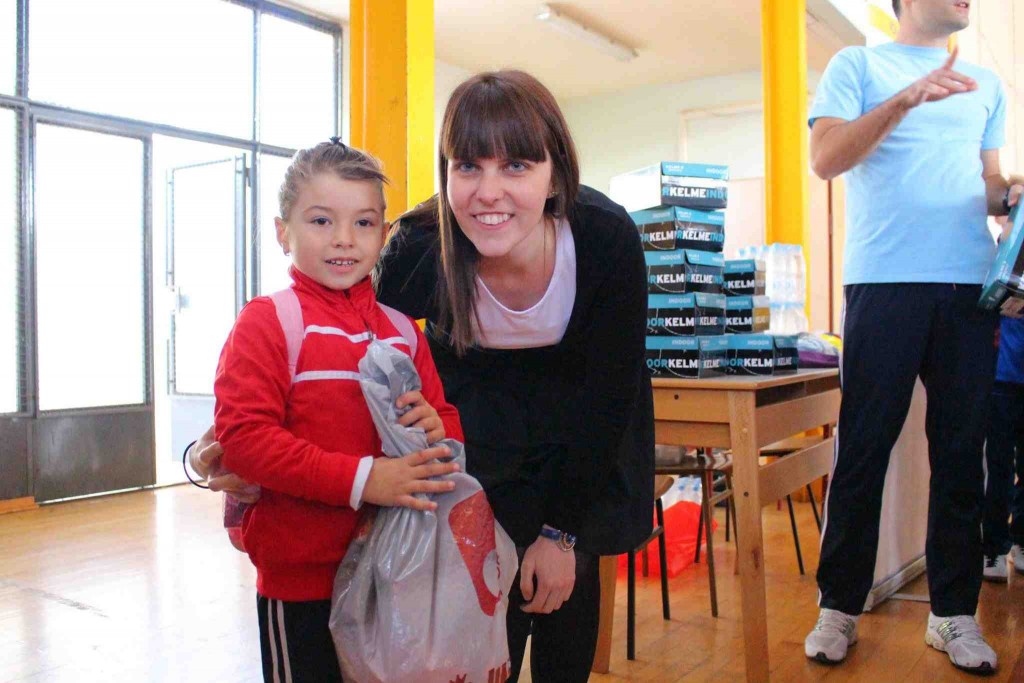 The Mali Most foundation as part of the Dialogue for Future initiative implemented by UNDP, UNESCO and UNICEF in partnership with the Presidential Council of Bosnia and Herzegovina unveiled the logo of the foundation and announced the lucky winner. The competition was intended for primary and secondary schools of the city of Mostar. Twenty five different logos were submitted from which the Board of Directors selected the top three. With support from the Dialogue for Future initiative, three top logo designers and their schools also received prizes:

On behalf of the foundation, all guests were welcomed by the executive director Ms. Arijana Demirovic, who thanked all those who have supported the emerging sports academy. She also expressed satisfaction with everything that has been achieved so far. First secretary of the Embassy of Japan in Bosnia and Herzegovina stressed the importance and the desire of the people of Japan to implement this project. Embassy of Japan is the donor for the reconstruction of SC Kantarevac which will be the home of the Little Bridge sports academy. Chief Advisor of the Mayor of the city of Mostar Ms Radmila Komadina thanked the Embassy of Japan and the Mali Most foundation for believing in Mostar and investing both funds and time.

On this occasion Executive Director of the Foundation Arijana Demirovic and Board members Nathalie Wallin and Luis Villas Boas Pires presented a thank you certificated for supporting the work of the Little Bridge sports academy to all the stakeholders of this project:

The Embassy of Japan in Bosnia and Herzegovina

Sports Association of the City of Mostar

Football Federation of Bosnia and Herzegovina

Faculty of Mathematics and Science Education at the University of Mostar

Project Manager of the foundation Dzenan Suta also gave a short overview of the implemented activities in 2015. After the logo unveiling, football training for the children was organised in the campus hall of the University Dzemal Bijedic. Training shoes were presented to five boys and five girls while the youngest five year old girl was given a tracksuit.